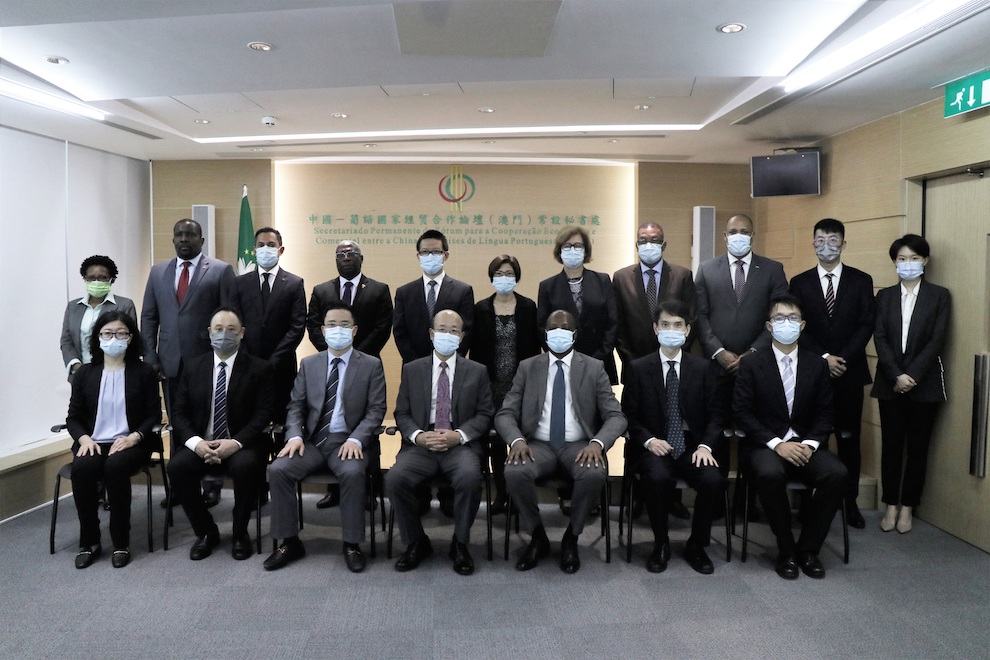 On July 6, a delegation led by the Commissioner of the Office of the Commissioner of the Ministry of Foreign Affairs of the People’s Republic of China in the Macao SAR, Mr Liu Xianfa, paid a courtesy visit to the Permanent Secretariat of the Forum for Economic and Trade Co-operation between China and Portuguese-speaking Countries (Macao). The visiting delegation and the representatives of Forum Macao had a fruitful exchange during the meeting.

The delegation was received by all members of the Permanent Secretariat, including the three Deputy-General Secretaries, Mr Ding Tian, ​​Mr Paulo Jorge Rodrigues do Espírito Santo, and MrCasimiro de Jesus Pinto, as well as the delegates of the Portuguese-speaking Countries at Forum Macao.

After a welcoming speech and words of appreciation for the support provided to the Permanent Secretariat by the Office of the Commissioner of the Ministry of Foreign Affairs, Mr Ding ​​gave a brief presentation about Forum Macao and its work in recent years. He also provided information about the important work to be carried out in the second half of 2021.

Commissioner Mr Liu commended the work done by Forum Macao since its launch, both in terms of promoting economic and trade cooperation between China and Portuguese-speaking Countries, as well as in strengthening Macao’s role as a platform.

The Commissioner also expressed his Office’s availability to support, as always, the work of the Permanent Secretariat of Forum Macao, in order to promote jointly further cooperation between China and the Portuguese-speaking Countries.