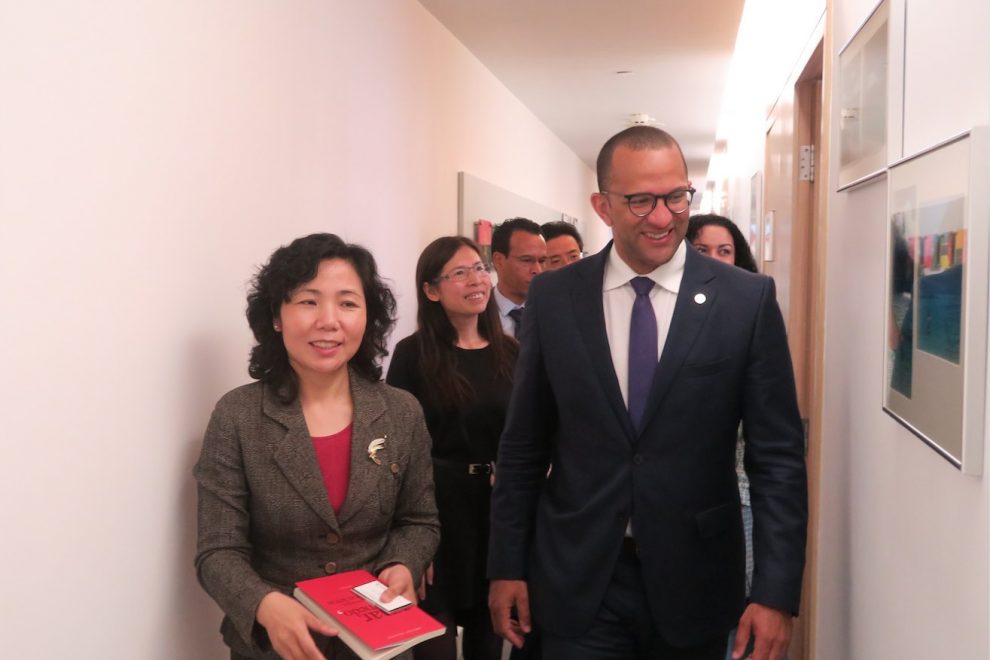 The Secretary-General welcomed the Cape Verdean delegation and took the opportunity briefly to give a presentation on the work done by the Permanent Secretariat of Forum Macao; namely matters related to promotion of trade and investment, co-operation in production capacity, collaboration in human resources training and cultural exchanges. Ms Xu also made reference to the outcomes from the 5th Ministerial Conference of Forum Macao, held last year in Macao, and the follow-up work stemming from that event.

During the meeting, the parties exchanged views on points of common interest for future co-operation, including: participation in “Morabeza – Literary Festival of Cape Verde”, which will take place for the first time in the city of Praia, at the end of this year; cultural exchanges and education using Macao as a platform; and Cape Verde’s participation in the “Cultural Week of China and Portuguese-speaking Countries”, an event to take place later this year.

Both sides expressed willingness to take full advantage of Macao’s role as a platform between China and Portuguese-speaking Countries, and thereby strengthen the friendly relations between China and Cape Verde.