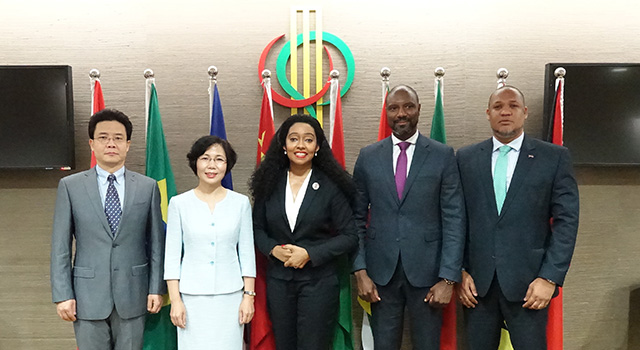 Ms Xu welcomed the group headed by Ms Barber, and provided it with a brief introduction about Forum Macao’s work. During the meeting, both sides expressed willingness to promote further cooperation in several areas – including bilateral private investment, trade, and traditional medicine – making use of Forum Macao and of Macao’s role as a cooperation platform.

The two parties also exchanged views on how enterprises could expand their operations into new markets in, respectively, Africa, Europe and the Americas, making use of Cabo Verde’s unique geographical advantages.