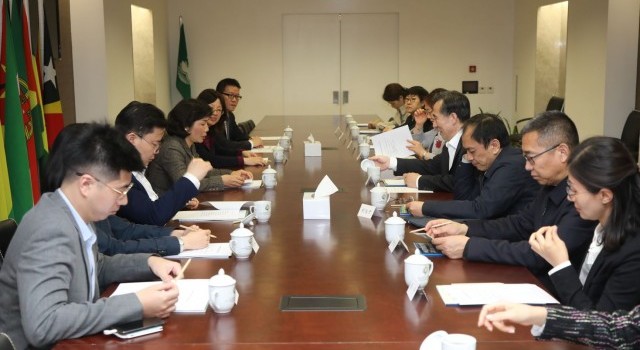 A delegation led by the Assistant Minister of Commerce of the People’s Republic of China (PRC) Mr Ren Hongbin visited on January 16 the office of the Permanent Secretariat of the Forum for Economic and Trade Co-operation between China and Portuguese-speaking Countries (Macao). He was accompanied by the Deputy Director-General of the Economic Affairs Department of the Liaison Office of the Central People’s Government in the Macao Special Administrative Region (SAR), Ms Li Huaying.