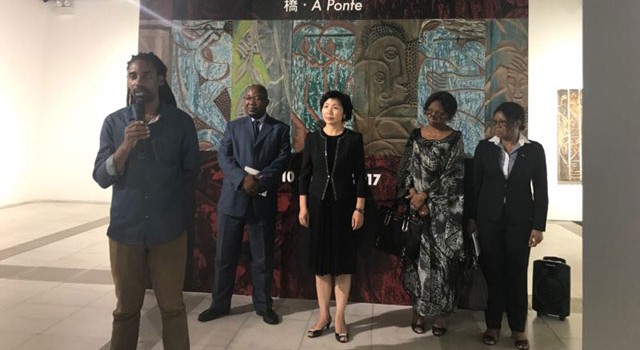 Four artists from, respectively, Brazil, Mozambique, São Tomé and Príncipe, and Macao have been invited to exhibit individually during the 9th Cultural Week of China and Portuguese-speaking Countries.

Brazil is represented by filmmaker Alê Abreu, a member of Hollywood’s Academy of Motion Picture Arts and Sciences and whose animated film “Boy and the World” (2013) received a total of 51 international awards and was nominated for an Oscar in 2016. There will be screenings of the film and a display of the photographic slideshow produced to promote the film. The screening sessions take place daily from October 14 to 30, in Macao’s old court building, which is open daily to the public from 10am to 7pm, except on Mondays.

Mozambican sculptor Nelson Carlos Ferreira “Pekiwa” presents his artworks at the Exhibition Gallery in Avenida da Praia Grande. The sculptures can be viewed from October 14 to November 12. The space is open daily to the public from 10am to 7pm, except on Mondays.

São Tomé and Príncipe painter Guilherme Carvalho, presents his work at the “Casa da Nostalgia” on Avenida da Praia Grande. The exhibition “Léve-Léve” features a world premiere of some of his acrylic paintings on canvas, and are based on the everyday life of people in São Tomé and Príncipe. The exhibition is from October 14 to November 12, and open daily from 10am to 7pm, except on Mondays.

The exhibition “Painting, Transparency and Illusion”, from Macau artist Filipe Dores, opened to the public on October 14 and runs until November 12, at the Gallery in the Residence of the Portuguese Consulate. The painting exhibition can be viewed daily from 10am to 7pm, except on Mondays.