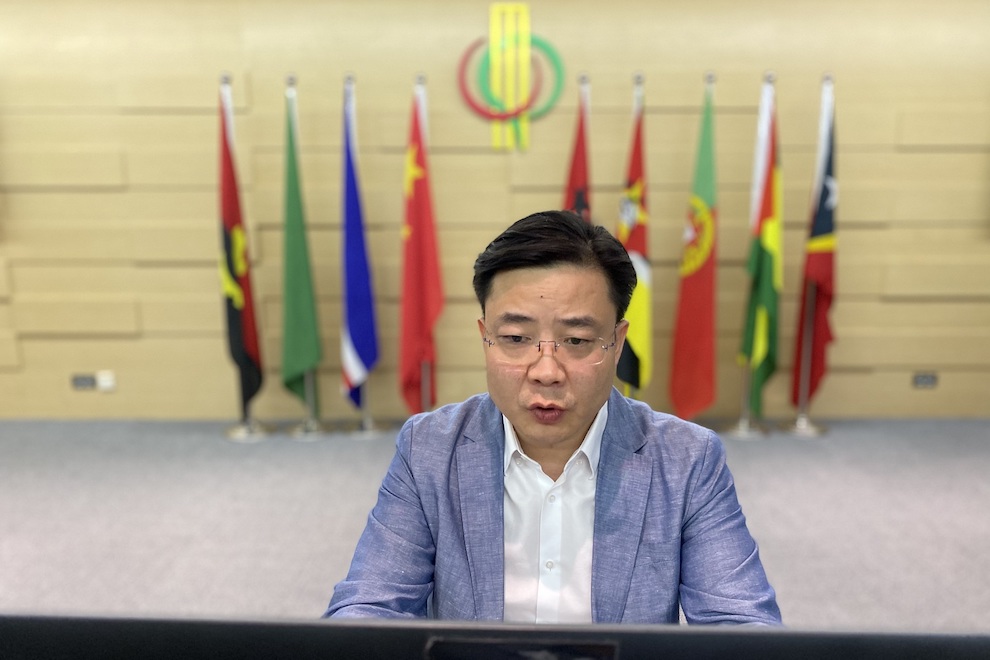 The fair features a forum and an exhibition, both of which are online, under the theme “Digital starting up the future, service promoting development”. The event focuses on cooperation in technology transfer, trade in services, smart cities, smart healthcare, and cultural trade, in order ultimately to build an international platform for trade in services, that can drive to a higher level, bilateral cooperation in economic and trade matters, between China and Brazil.

The Deputy Secretary-General of the Permanent Secretariat of Forum Macao, Mr Ding Tian, was invited to participate in the Forum on Trade in Services held on September 3. He delivered a speech stressing that cooperation on trade in services between China and Brazil has strong foundations, and can be an example to promote cooperation in this area between China and other Portuguese-speaking Countries.

Mr Ding vowed that Forum Macao would strive tirelessly to explore new areas and models for cooperation, as a multilateral economic and trade cooperation mechanism between China and Portuguese-speaking Countries that seeks to tackle jointly international economic problems, and to promote development.