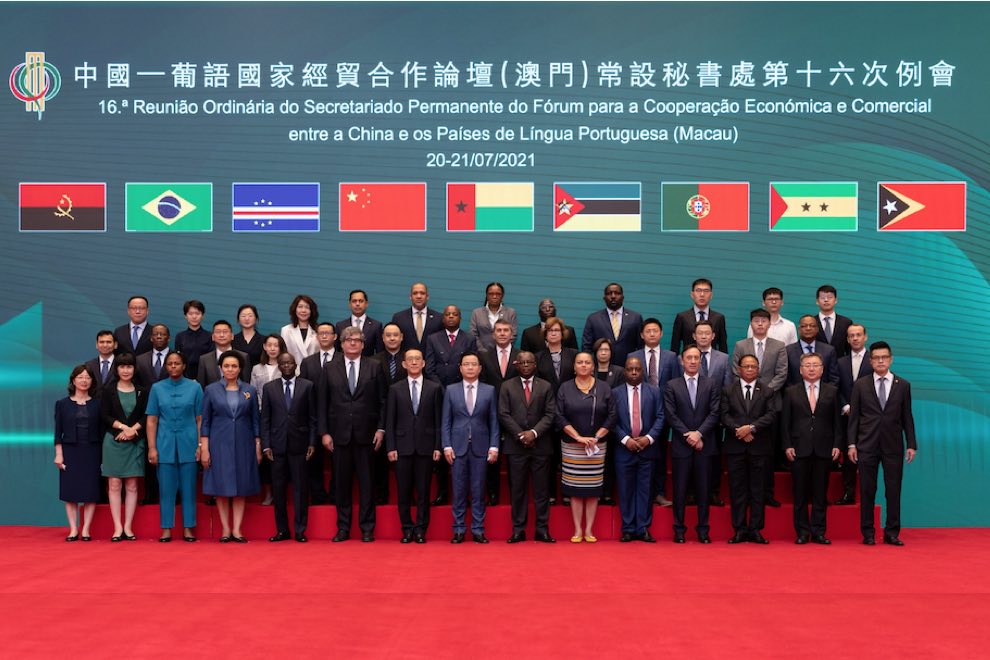 The 16th Ordinary Meeting of the Permanent Secretariat of the Forum for Economic and Trade Co-operation between China and Portuguese-speaking Countries was held in Macao on July 20. The meeting was attended by about 30 representatives from, respectively: the Central Government of the People’s Republic of China; Ambassadors to Beijing of Portuguese-speaking Countries; the Government of the Macao Special Administrative Region (SAR); and the Trade Office and the Economic Affairs Department of the Liaison Office of the Central People’s Government in the Macao SAR.

The annual meeting was hosted by Mr Ding Tian, Deputy Secretary-General of the Permanent Secretariat of Forum Macao. Participants discussed a request made by the Republic of Equatorial Guinea to join Forum Macao, and the meeting agreed to recommend approval for such a step to the Ministers at Forum Macao’s Extraordinary Ministerial Conference to be held in October 2021.

Deputy Secretary-General Mr Ding presented at the annual meeting a review of the work carried out by Forum Macao in 2020 and the first half of 2021. All parties discussed the subject, and a plan was approved for second-half 2021 activities of the Permanent Secretariat of Forum Macao.

The Permanent Secretariat has been carrying out in 2021 a series of online and offline activities to support cooperation in the fight against the pandemic, promoting further trade and investment in the post-pandemic period, encouraging training relating to human resources, and providing support for the development of Macao’s platform role, while actively preparing for the Extraordinary Ministerial Conference to be held in October.

During the 16th Ordinary Meeting, the parties exchanged views on reports to be discussed at the Extraordinary Ministerial Conference.